Music, Satire, and Selling Out

I’ve been a musician since I was 16 years old. When I was 24, I moved to LA to pursue music full-time, which I did for several years. When I look back now, I see the songs I was writing as pretty vapid. I was a kid, trying to write love songs, you know? And in the decades that have come since, I got a real dose of life experience. Now that I’m writing music again, I’ve been able to draw from those experiences; from being homeless and being broke, and also from doing well, spending the last 5 years working at a startup accelerator. I live in Boulder, CO, and I spend my days surrounded by casual millionaires. I’ve been on both sides of the income gap, and I see how there are common threads, but I also see just how easy it is when we don’t know people to assume our problems are so much larger than theirs. 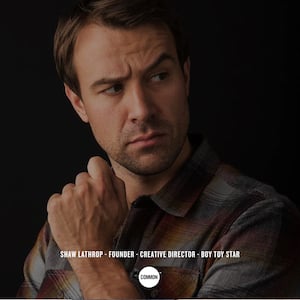 I moved to LA after graduating from possibly the most hippie school in the country (we didn’t have grades, we designed all of our majors and courses and there were no prerequisites, etc.), and the discrepancy threw me. I went from having a very tight-knit community made up of friends who were pursuing things like sustainable farming and water engineering to living in a place where everything seemed like shipped-in merchandise, and I felt very isolated. Then the 2008 financial crisis happened, and that stress combined with what I saw as my own frivolous career path felt apocalyptic, and completely incongruous with I wanted to be (which I now see as largely my own fears taking over). I put my musical ambitions aside, and I moved back to Washington State, and then to Colorado. I became a yoga teacher, and then a personal trainer. I got my masters in ayurvedic medicine, and I started to find balance with myself. I went from feeling frivolous and selfish to feeling like I was doing something very practical and helpful. But, I still missed that element of passion.

Then I came back into music in the silliest way possible. I was recruited into a capella group, and I started to remember my favorite things about music. I got more involved and began touring the country with this professional group part-time, and during my downtime, I started writing songs just for myself, songs that I never intended for anyone to hear. I was writing about being broke, about things falling down around me, and little by little I came back to this idea that I’d had back when I was about 22 years old- which has since grown into my current project, Boy Toy Star.

The country character is where this all started. I’d written 3-4 songs back in college, with the idea that I wanted to create this character who was really kind of an antihero in a universe that was an exaggeration of American popular culture. I went back to these songs as an adult and started shaping them into a character, an old country star I named Moxie Rodeo. After a while, it felt like I was entering a formulaic rut, so I started writing for someone completely different, with a synthpop sound. And as I kept writing, I started feeling like the country songs and the synthpop songs were really part of a larger story, and I wanted to meld those sounds to help reveal it. Ultimately, this led me to create Boy Toy Star, a multimedia pop opera, presented through a scheduled release of albums, music videos, comic books, advertisements, and live shows. The production features 7 artists, whose characters and songs all represent different genres of music and demographics within American culture.

Boy Toy Star presents itself originally as a comedy, largely because it’s easier to laugh about something uncomfortable than it is to discuss it. The first few songs are ridiculous, farcical impressions of American pop culture, with some political satire thrown in. Over time, the music and the characters begin to reveal much deeper themes about America’s cultural obsessions with fame, sex, and consumerism, and the divisions caused by class, masculinity, and mental health.

Fundraising for the project has become its own sort of social satire, and it’s a hypocrisy that I’m trying really hard to lean into. The way that things are structured in the music industry is not unlike the American higher educational system, and I’m right in that millennial pocket where we were told that if we went to college, we’d all get good-paying jobs that would make all those loans worth it, and we’d be fine. We’ve all seen how that’s working out, and the record business is similar- artists are often stuck scrabbling to pay back all that they borrowed in order to get off the ground. So I’m doing Boy Toy Star independently to avoid that trap, which ironically means “selling” this project that critiques the American culture of selling out. I struggled with that for a long time, but I’ve kind of come around to the idea that if I want to maintain artistic integrity, I need the money to do that well.

It can be transcendent to hear when a song works well, and I’m lucky enough to be at that stage now. This has been my pet project for the last 5 years, and now we’re finally bringing the songs to life. There are amazing people working with us, and watching their diverse voices and perspectives serve as a unifier instead of a divider is a pleasure and a privilege. The people that are coming together on this project are truly making it their own, which feels like Boy Toy Star is living out its mission already.

It is a dystopian comedy set in an alternate 1990s that explores America’s cultural obsessions with fame, sex, and consumerism, as well as deeper themes around class division, masculinity, and mental health.

Unlike traditional opera, all the songs are designed to work as stand-alone singles, allowing casual fans to enjoy small bite-sized content.

But, by combining all the songs together a larger story is revealed, inviting passionate fans to experience an immersive music universe, that may also serve to introduce them to tastes and perspectives outside of their comfort zone. Boy Toy Star hopes that by combining music, humor, and story-telling we can transform issues we turn our backs on into entertainment we can’t look away from. 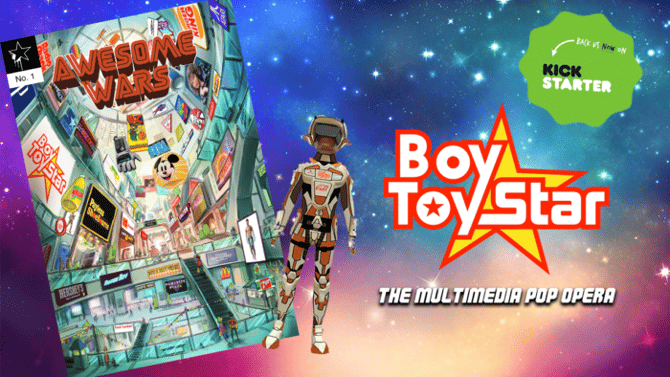