After pivoting from a career in advertising, I got my masters in sustainable development 20 years ago. During my studies, I developed a conviction that has only been strengthened by my later work with corporations, governments, and NGOs: enabling children to think differently is one of the most important keys to changing the future.

I lived in Southeast Asia for many years, and my daughter spent the first five years of her life in Borneo. I’ve always been a children’s media and book junkie, but having her made me even more acutely aware of the messaging that’s targeted at children and how it has changed over the years. There’s a deep magic in certain stories, games, and toys, and if you can capture it, you can really awaken something amazing. On the other hand, if you just push a bunch of mass-produced crap into kids’ hands and minds, it has a stultifying and destructive effect. 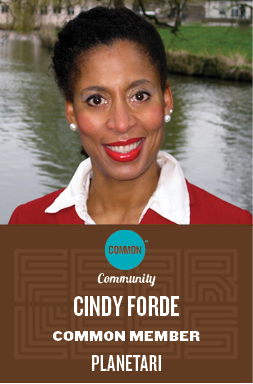 So, there I was in Borneo, looking for the tools to unlock that magic with my child…and I found myself surrounded by blonde Barbie dolls that looked nothing like my daughter (or anyone else, for that matter). I was struck by how insidious the industry can be; in the major stores, shelves seemed full of freakishly sexualized dolls or toys that glamorized violence and promoted overconsumption with alarmingly few representations of other ways of being.

The market for children’s entertainment is huge, and there’s so much opportunity there. Sadly, the most popular way of tapping into that market (as in mainstream adult media) is by appealing to base instincts and the lowest common denominator. Dominating the market with a repetitive range of mass-produced lines is a deliberate strategy for the majority of larger manufactures, and little soul goes into designing or creating the products. It’s really quite depressing. This barrage of pernicious messaging is always present, teaching children to aspire to the disastrous value sets and patterns of consumption that have created the systems crisis.

In 1998, I was told this was the view of an outlier. In 2015, with the signing of the UNSDGS, ‘sustainability’ moved clearly from the margins to a globally acknowledged imperative. PLANETARI is an idea whose time has come: a multimedia, interdisciplinary education platform that focused on empowering children with the knowledge and skills to be innovators and global citizens who protect the planet and ensure the well-being of all its inhabitants. It’s a globally scalable program, aligned with the UN Sustainable Development Goals, with the potential to reach upwards of 50 million children aged 3–13 in 5 years.

The education system will be a very large ship to turn. As CEO of the Cambridge Science Centre, I saw firsthand that the emphasis in most schools is on getting more children to be better at thinking in old ways. Yet we cannot afford to have another generation of children with a mindset conditioned by the needs and patterns that suited the economy of the industrial revolution. Currently, even science and technology is taught as a path to professional success (In other words, following the hugely damaging patterns of production and consumption that have brought our planetary system into crisis).

Why don’t more children like science? Because it is often presented in a boring context. There is little to bring it alive for children in the hands-on way that they find delightful, and that’s a tragedy because children are capable of understanding far more than we give them credit for. They can see why things like sustainability are important –in fact, they can get it in a heartbeat. By overcomplicating the delivery of those messages, and by sending them out in unappealing packages, even well-meaning companies fail to create products that reach most kids.

I founded PLANETARI to turn that around. By 2030, our goal is to have millions of children be alive to Earth as a diverse living system, by fostering messaging that heightens their awareness and creativity instead of stifling it.